Till Zion Sings is a prophetic podcast and online TV show discussing and prophesying what God is doing in the nations from an Israel-centric perspective, with a mission to "Encourage the exhausted, strengthen the feeble, say to those with anxious heart, 'Take courage, fear not. Behold, your God will come.'" (Isaiah 35:3-4)

In September 2021, after a year of going through the weekly Torah portions read in synagogues from a Messianic and Christian perspective, the Lord spoke to Frank (the host) about officially incorporating the prophetic into the show and make Torah portions one segment of the show, so that the new show would have two emphases: the Prophetic and the Torah. The prophetic, to declare over the nations what the Holy Spirit is saying, doing and emphasising in these perilous times; and Torah, to invite all believers into God’s redemptive storyline for Israel, where we also find our destinies. Frank pastor, who is a nationally-recognised prophet confirmed with a vision of a train coming to a junction. The train then becomes two trains at the junction and went along both lines, indicating two distinct emphases in the show.

The name of the show comes from Isaiah 35:10: “The ransomed of the LORD will return, and come to Zion with joyful singing. With everlasting joy upon their heads, they will find gladness and joy, and sorrow and sighing will flee away.”

Each episode comprises of a discussion about what the Holy Spirit is saying and emphasising in regards to the glory that is coming to the earth and the unprecedented move of God’s Spirit coming to the nations; teaching and equipping; and a short conversation about the Torah portion of the week. 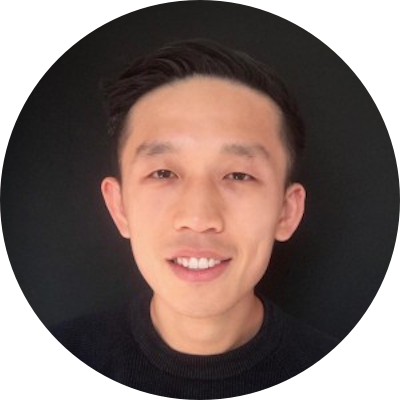 Frank Sui is a prophetic intercessor, musician and podcaster from Aberdeen, Scotland. The biggest thing that burns on his heart is seeing the fire of revival burn in the nations: particularly the UK, Europe and Israel, and see the nations sing to the Coming King.

After the death of a prophetic man in 2019, the Lord began to speak about the coming move of God and the destiny of nations. Frank had the opportunity to prophesy over British PM Boris Johnson and speak into the destiny of his beloved nation. Right now, his assignment is to hear the word of the Lord, stand in agreement in prayer and release it into the nations together with friends all over the globe.